In the past 20 plus years, I have been listening to music from my Armenian culture and background, and I got introduced to many performers and artists, but some have been captivating, capturing my heart, mind and soul, and one of them is the Talented Superstar Robert Chilingirian. After many years of listening to his music, I began to search for him on the Internet, and when I was on the MySpace website back in 2006, 2007 is where I found Robert, and I began to communicate with him One on One for many years. Since then we have become great friends. Social media has become a great tool to communicate and its been great.

Throughout the years, Robert has completed over 21 albums, written, composed many songs, created music videos, some are especially dedicated to the Armenian Genocide, our late and beloved Artist who passed away almost 3 years ago named Paul Baghdadlian, and so many other songs that are so meaningful to Robert and his journey through his musical career. Robert has traveled the world, and he says that Traveling, and seeing the world is great, but getting to know many and different people around the world is what it is all about. Robert is a well-rounded, down to earth, humble person whom I have had the pleasure of meeting twice now. Just recently when he came to Canada, to my town of Toronto, I had the pleasure of seeing him, and talking with him. He is such a kind-hearted man. I am ever so glad to have met him. I had the pleasure of meeting one of Robert’s Dancers in his videos Teria Morada a few years ago and that also was a great moment. I had met Robert in 2010 and now 2014. Best moments.

Robert also plays the bouzouki, guitar, and his energy is automatically felt throughout the crowds he entertains. He entertains in private functions, weddings, different parties and so much more.

In Robert’s Albums, he writes, create your own, be a leader, never a follower which is so true. If we all create the same things or close to them, things would be boring and not interesting, so be your own leader, and never follow others. Just be yourself, and go with the flow of what life has to offer. In the near future, I hope to see him again soon and reconnect. I wish Robert continued success, I wish him safe travels around the world, and God give him strength to do what he loves. God Bless you Robert and wishing you the very best my Brother.
Here are some of his links to explore and get to know him more: 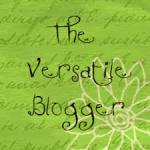